Why Lacks Of Indians Will Not Be ‘Indians’ From August 31

The Supreme Court has set a deadline of August 31 for publication of the National Register of Citizens (NRC) – the final list of Assam’s residents – being prepared to identify bonafide residents and deport illegal migrants in the northeastern state bordering Bangladesh.

Why August 31 deadline is important

With the four-year-long SC-monitored exercise culminating on August 31, anxiety levels are mounting. About 40.7 lakh names were excluded from the draft NRC released on July 31 last year. This increased to over 41 lakh names after an ‘additional draft exclusion list’ that dropped another one lakh names was published on June 26, 2019. Some 2.9 crore people out of a total 3.29 crore applicants were included in the NRC. For those who don’t make it to the final list, a long and tough battle lies ahead where they will have to prove they are legal Indian citizens. 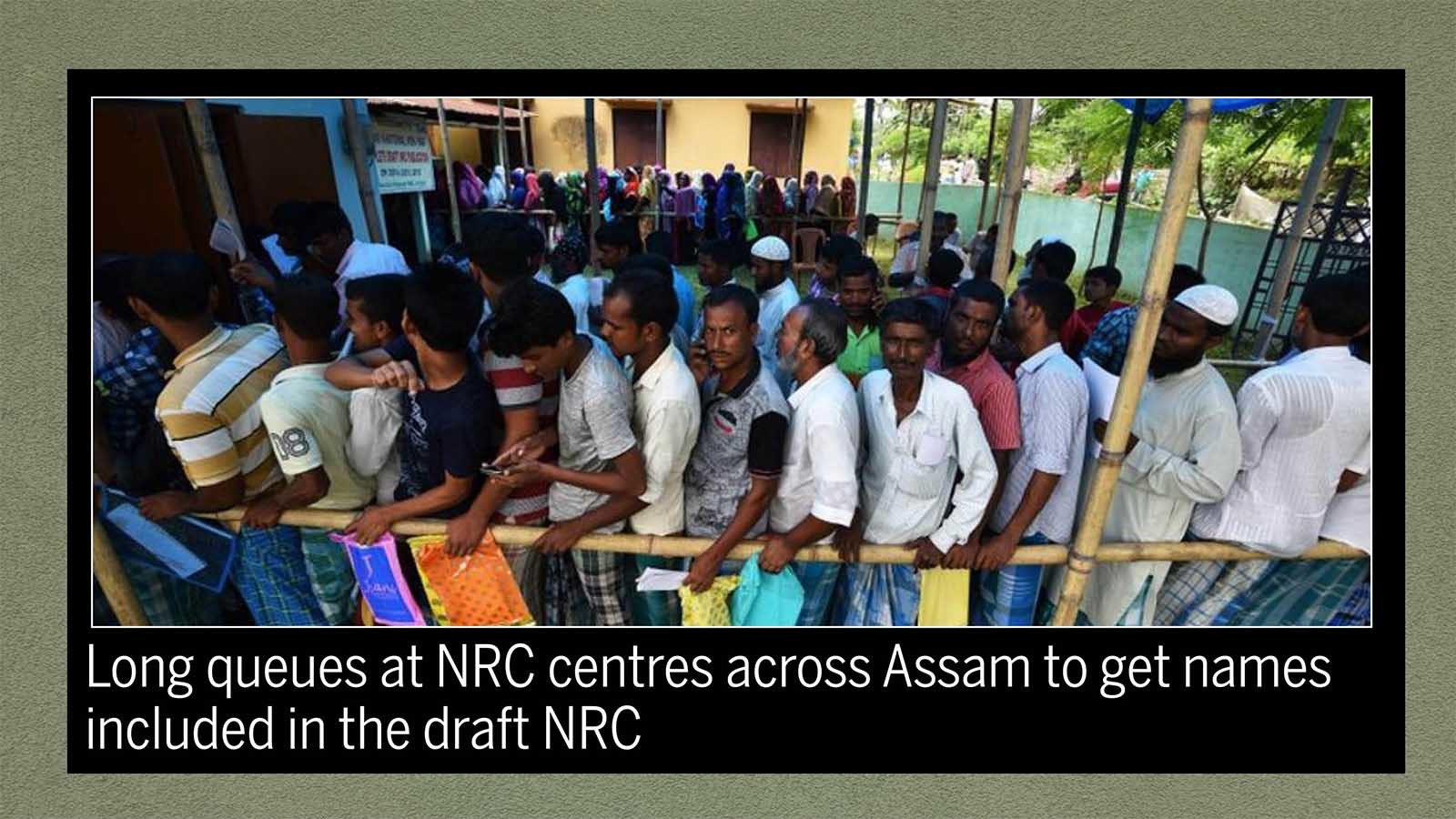 To make it to the current list, names of family members of the applicant should be in the first NRC prepared in 1951 or in the electoral rolls up to March 24, 1971. Other documents include birth certificate, refugee registration certificate, land and tenancy records, citizenship certificate, permanent residential certificate, passport, LIC policy, government issued licence or certificate, bank/post office accounts, government employment certificate, educational certificate and court records.

The Assam Accord of 1985 formalised March 24, 1971 as the cut-off date to identify “foreigners” in the state as the Bangladesh Liberation War began the next day. But considering India’s poor documentation culture, many genuine citizens have been unable to furnish the required documents. 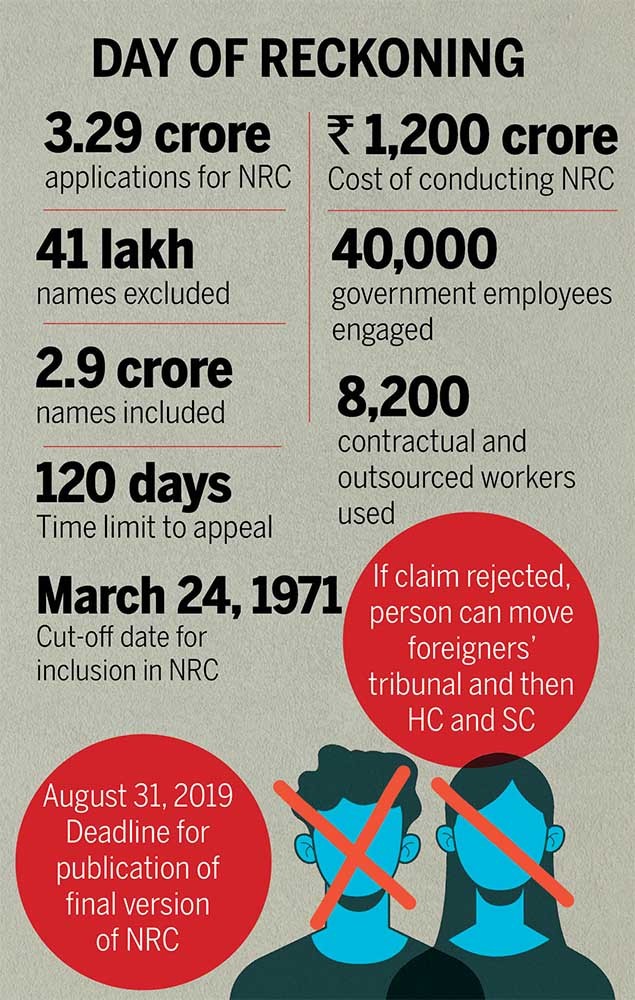 What happens if you are excluded?

The Union home ministry has clarified that “non-inclusion of a person’s name in the NRC does not by itself amount to him/her being declared a foreigner” as the person will be allowed to present his/her case before designated foreigners’ tribunals. The state government has also said that those left out of the NRC will not be detained “under any circumstances” until the foreigners’ tribunals declare them foreigners.

Foreigners’ tribunals, promised under the Assam Accord, are quasi-judicial bodies that exclusively adjudicate matters of citizenship. Those who have been declared foreigners by tribunals are not eligible for inclusion in the NRC. In case a person is included in the NRC but declared a non-national by a tribunal later, it is the tribunal’s verdict that will prevail.

According to Assam chief minister Sarbananda Sonowal, the Centre may consider bringing in legislation to set right wrongful inclusions (of foreigners) and exclusions (of genuine citizens) on the list. However, this measure, if warranted, will take place only after the NRC is published.

Adequate arrangements will be made by the state govt to provide full opportunity to appeal against non-inclusion. Every individual, whose name does not figure in the final NRC, can represent his/her case in front of the appellate authority, i.e. Foreigners Tribunals. Thus, non-inclusion of a person’s name in the NRC does not by itself amount to him/her being declared as a foreigner – Ministry of Home Affairs

Appeals can be made under Section 8 of Schedule to the Citizenship (Registration of Citizens and Issue of National Identity Cards) Rules, 2003. The time limit to file an appeal has been increased from 60 days to 120 days – till December 31, 2019. A total of 1,000 tribunals have been sanctioned by the home ministry. If one loses the case in the tribunal, the person can move the high court and, then, the Supreme Court. No one will be put in detention centres until all legal options are exhausted, the government has stated.

The Assam government has said it will provide free legal aid to ‘needy’ people whose name does not figure on the list. The state’s ruling BJP and opposition Congress also plan to ‘assist’ bonafide citizens who are kept out of the NRC. NGOs too have volunteered to navigate the complex issue of Indian citizenship after August 31.

What happens if you are declared a foreigner?

The state is setting up detention centres exclusively for those declared foreigners after exhausting all legal routes. Repatriation of such people looks difficult as India and Bangladesh do not have any treaty in this regard. 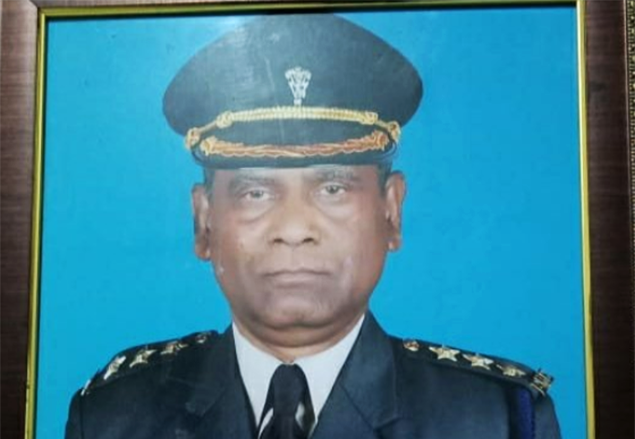 The border police personnel who didn’t make the cut

Mohammad Sanaullah, 52, joined the Indian Army in 1987. In his 30-year-long career, he served in J&K at the height of insurgency in the 90s. After retiring from the Army as an honorary lieutenant in 2017, he joined the border wing of Assam Police. The border wing is responsible for detecting “foreigners” in the state.

On May 23, the former Army man found himself on the other side of the opaque process – he was tagged a “non-national”. The Foreigners’ Tribunal at Boko in Kamrup district declared him a foreigner on the grounds that he had “miserably failed to prove” his citizenship. He was summarily dismissed from the Assam Police. He was dropped from the NRC and, subsequently, sent to a detention centre in Goalpara. Those declared foreigners by tribunals cannot be included in the NRC, at least until they are cleared as citizens by a tribunal.

Sanaullah is out on bail now, but his chances of making it to the final NRC appear slim.

First created in 1951, NRC is a list of Indian citizens in Assam. At the time, two other states in the northeast – Manipur and Tripura – were also given grants by the Centre to create their own NRCs, but it never materialised. Assam is presently the only state in India to have an NRC. The grounds then were the same as those now – “unabated” migration from East Pakistan (now Bangladesh). A year before the first NRC was released, the Immigrants (Expulsion from Assam) Act, 1950 was passed by the Centre, allowing the government to deport anyone whose stay was “detrimental to the interests” of the people. An exception was made only for those displaced by “civil disturbances” in what was then East Pakistan. The Act was repealed in 1957……Read more>>